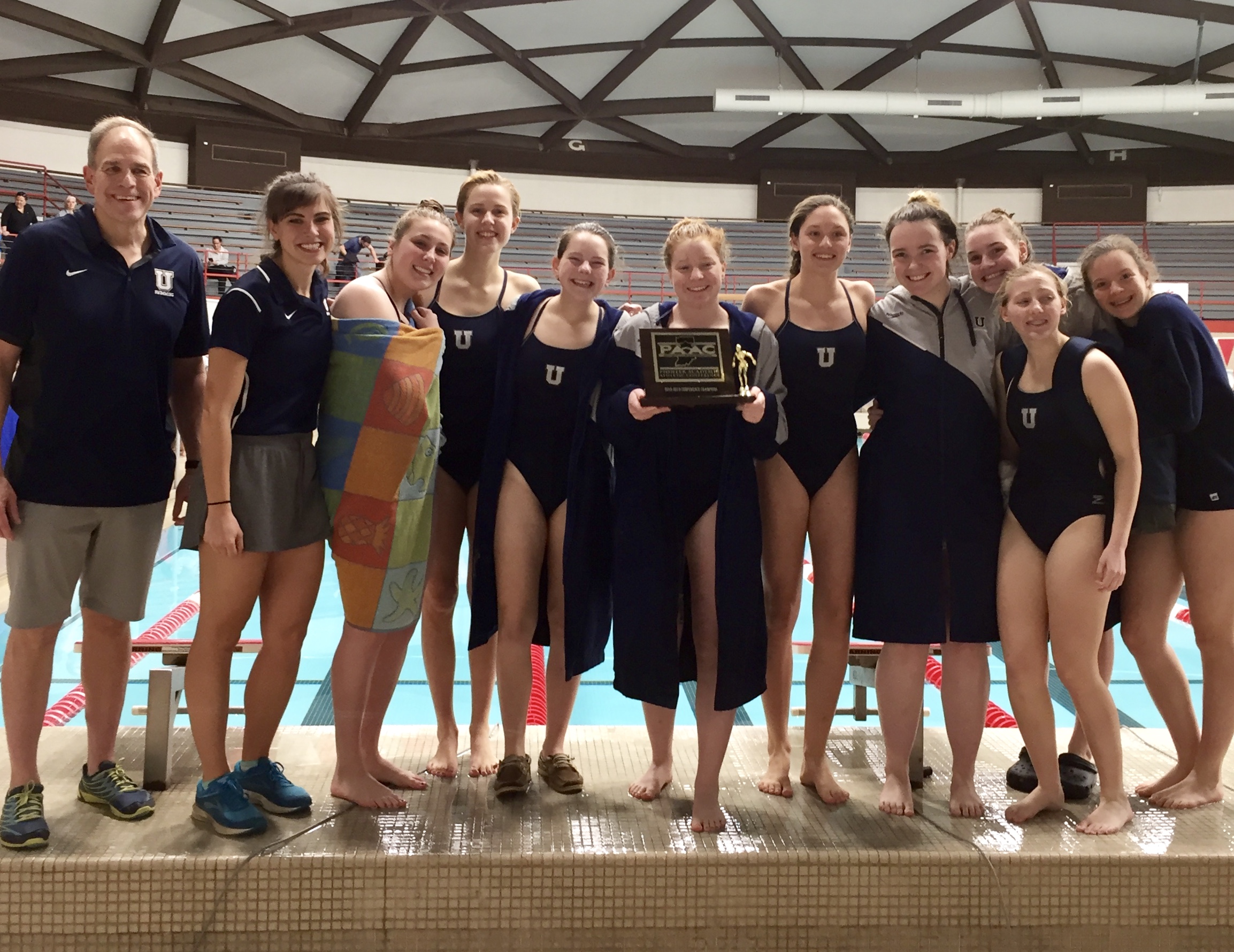 For the first time in their history, the girls varsity swim team won the PAAC meet on Saturday, January 5th. The girls were neck and neck with Muncie Burris for the entire meet, and the meet was decided by the final event.

Every swimmer on the team scored in at least one event. This included the first time that the UHS girls have won a relay at PAAC with the 200 free relay team of Stasia Reinholt, Caitlin Clark, Kylar Kavanaugh, and Macy Paton. Charlotte Kumler was the team’s other title holder as she won the 100 back.

The Trailblazers compete next at the Schools With No Pools Invitational Hosted by Brebeuf at the IUPUI Natatorium on January 22nd.