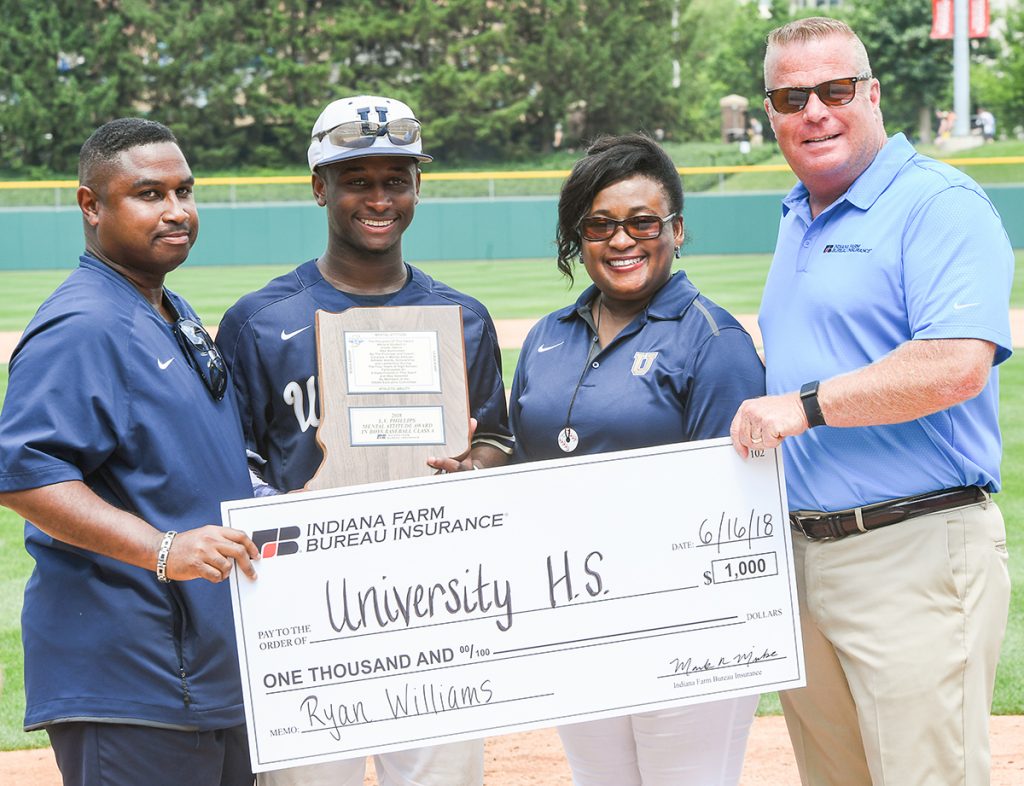 After a hard-fought IHSAA Class A state championship game versus Daleville Jr./Sr. High School, the University High School baseball team received some good news in the celebration of a teammate.

Immediately following the game, members of the IHSAA Executive Committee announced Ryan Williams (’18) as the winner of this year’s L.V. Phillips Mental Attitude Award in Class A baseball.

Williams has excelled in athletics, the classroom, and the community, as cited in the IHSAA write-up. The team’s centerfielder, Williams is the only member of the recent graduating class who played varsity baseball at University High School for all four years of high school. He also played varsity soccer for the Trailblazers all four years. He has been named Most Outstanding Player (2016), Most Outstanding Offensive Player (2017), PAAC All-Conference, and District 2 First Team All-State.

The L.V. Phillips Mental Attitude Award is annually presented to an outstanding senior participant in each state championship game who has best demonstrated excellence in mental attitude, scholarship, leadership, and athletic ability in baseball. The award is named in honor of the late L.V. Phillips, who served as the second commissioner of the IHSAA from 1945-62.

Indiana Farm Bureau Insurance, the IHSAA’s corporate partner, presented a $1,000 to the general scholarship fund at University High School in the name of Ryan Williams.

The Trailblazers lost to Daleville 2-4 in the IHSAA Class A state championship game on Saturday, June 16.